A visit to the Hong Kong Hacker Space

I've been touring Asia for the last couple of weeks. The agenda has included Taiwan, Hong Kong and Shenzhen. For today's blog post, here are some pictures from Dim Sum Labs in Hong Kong.

First, the front door. Hong Kong is quite easy to navigate, as there is a very clean, modern subway system with excellent signage in English and Chinese. The metro ticket vending machines have one of the most intuitive user interface (UI) designs I have seen. You just touch the picture of the stop you wish to travel to, and the machine calculates the price and takes your money. Simplicity itself.

Anyway, Dim Sum Labs  is located on Jervois Street, on Hong Kong Island. We followed some other hackers up to the 14th floor and were greeted by a nice etched brass sign: 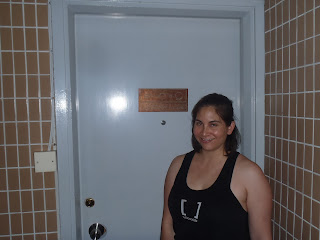 Here is the space itself - it's rather snug bug contains several soldering stations, a Rep Rap 3D printer, a small CNC milling machine, and various other tools. Real estate is quite expensive in Hong Kong, so it's fortunate that they are able to be in a centrally-located place. 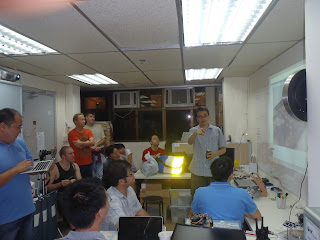 The meeting-in-progress was the tail-end of  an introduction to Arduino class.  Ricky and Shuyh from the Shanghai Hacker Space were next up, presenting their Lophilo Linux platform.  Shuyh is below: 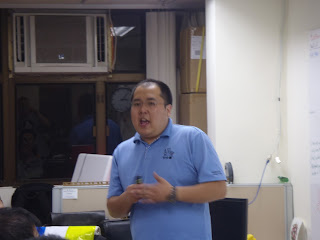 And here is the board. This thing is pretty cool - it's an Atmel ARM CPU with a tightly-coupled Altera FPGA for real-time embedded systems and Linux OS support. They hope to make it the new standard for open-source hardware/software projects for more advanced hardware projects. 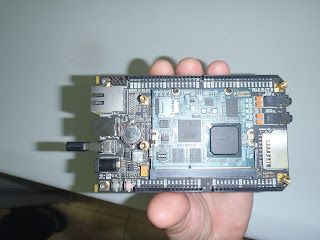 That's all for now. Next post will be updates from the Shenzhen Electronics Market.