This week, I decided to take some time to finally get the Plug Computer I purchased about 6 months ago set up.

In case you haven't seen it, Plug Computers are tiny embedded servers that are usually about the size of a normal wall wart or power supply. We got a Sheevaplug dev kit from Globalscale Technology and gave it a go.

After quite a few false starts, we got ArmedSlack Linux installed and it has now replaced our old eeepc as one of the shop servers. Check out the new equipment cabinet, now with cooling: 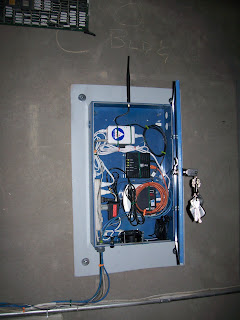 The plug computer is the white thing on top, with the blue 23b sticker. If you'd like to set up a Sheevaplug for your DVR, monitoring server or whatever, we've documented everything here:

Seen this week at 23b

This tattoo showed up tonight, being sported by Captain Jim: 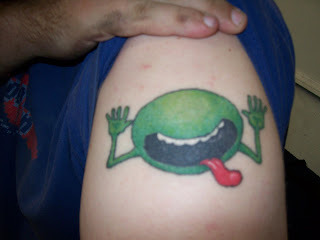 So we have a new project going on at 23b. We really wanted to be able to do Aluminum MIG welding with our kick-ass Lincoln C300. Unfortunately, the accessories for this (either a spool gun or push-pull gun) start at around $1200. Last week, I picked up a Miller Spoolmatic 1 for $200 on a web forum, and we're now in the process of building an interface for it.


First off, we needed to get the manual for it. Fortunately, the Lincoln manual already had the pin-outs for its accessory connector, and Miller is very good about letting you download their old service manuals.

From the manuals, it appeared that the Spoolmatic needs a 35V DC power supply, a realy, and a simple RC circuit to provide a power-on delay for the motor. The Lincoln seems to just need triggering, which we can do with a second set of relay contacts.

The next problem was finding the right MIL-SPEC connectors. The one on the Miller was a 4-pin AMP, and I was able to locate this fairly quickly on Digikey, as most of these are type 97. FYI, the female pin part is:

The 12-pin Lincoln connector was a little harder to track down, but I made a guess that it's also an AMP and found it as:

Next, I made a quick board layout in Eagle CAD and etched a board using Fab in a Box and a laser printer: 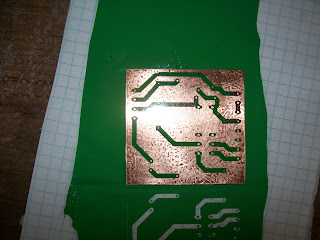 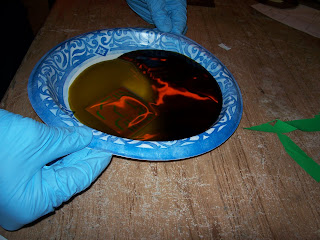 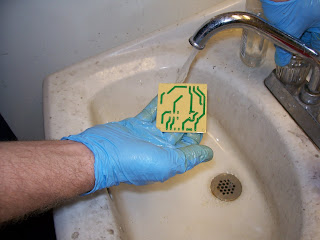 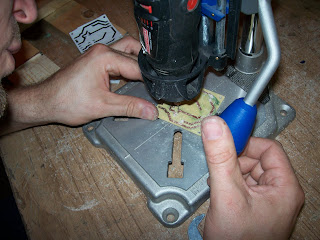 And here it is stuffed: 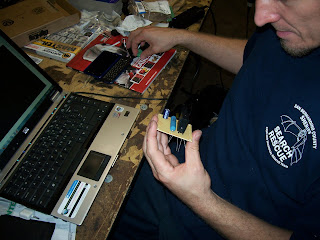 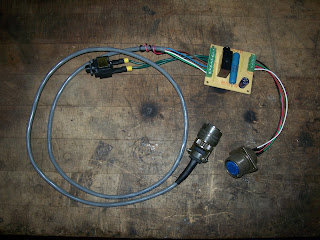 So far, I've got it activating the welder and spool gun. The next step is to see why it isn't auto-sensing spool gun vs. MIG gun. But this isn't bad for one evening of progress.

Open invite! Bring a geeky friend
by danozano No comments: